Vietnam is the fourth episode of the third season and the 40th overall episode of This Is Us.

A young Jack makes a decision that will impact the course of his life.

Jack arrives at the camp. He's looking for his little brother. He finds him burning human waste. Three weeks earlier, Jack is walking through the forest with a group of men. They find a landmine and blow it up. They make camp but are attacked by the Vietnamese who are hidden among the trees. One of his men looses his foot, so they call in a medical evacuation. Jack holds the soldier as he cries about his foot. They set off a flare so that the helicopter knows where to land. The soldier is taken away while the rest of them return to camp. Jack learns about his new assignment: it's a coast detail where he doesn't do much, just walk the perimeter of the camp.

Jack tries to get his new assignment in shape before his superior comes to visit. He asks him if he can go visit his brother. At first the man says no, but then sees the way the camp is running and agrees to let him go. Back in the states, Mrs. Pearson received a letter from Nick explaining his situation and how he might never see them again. Jack goes to see the family doctor. He tells the doctor that he wants to enlist so that he can be there with Nick. The doctor tells him that his irregular heartbeat is a good excuse not to go, but Jack says that it's his job to take care of his little brother. The doctor gives him some pointers on how to pass the test.

Jack is working as a mechanic. Nick is worried that his name is going to come up in the lottery. Jack tells him not to worry because it's not going to happen, and that they'll go to the bar tonight because he has a plan. Jack comes to pick up Nick for the draft lottery. They sit at the bar together and watch the lottery on the television. Nick's birthday gets called and Jack tries to convince him to go to Canada. They go home and their Dad tells Nick to make him proud. The next day they decide to go on a hunting trip. Nick tells Jack that because of what they're doing their Dad is never going to speak to him again. They're 30 miles from the border when they decide to get a motel and that Nick will cross the border tomorrow. The next morning, Jack wakes up to find a note left to him by Nick. He'd decided to not go to Canada and go join the army after all.

Fourteen years earlier, Jack and Nick are playing football when the ball hits Nick in the face. His glasses break and he gets a bloody nose. Nick tells Jack that he hates his glasses but Jack says they make him look like a tough guy in disguise, like Superman when he's Clark Kent. Later that night, Nick overhears his parents fighting. He goes downstairs and tells his Dad to leave his Mom alone. His Dad approaches Nick, but Jack steps in the way. Their Dad leaves and the two boys comfort their mother.

In the present, Jack finally finds Nick in Vietnam. 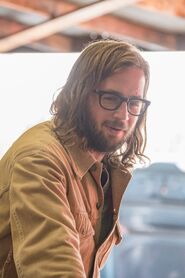 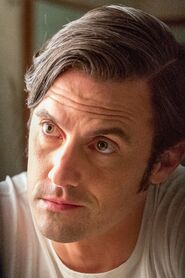 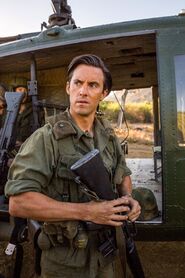 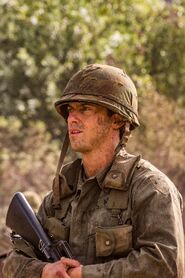 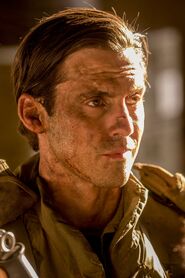 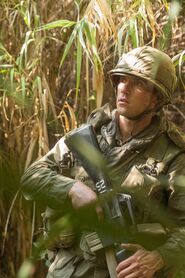 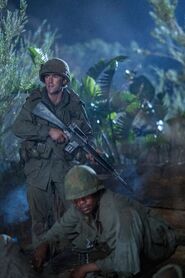