The Last Seven Weeks is the tenth episode of the third season and the 46th overall episode of This Is Us.

Randall's campaign comes to a close. Kevin meets someone from Zoe's past. Kate and Toby get ready for the baby.

The lives of the Big Three in the final seven weeks of Randall's campaign are depicted, beginning with the day after Jae-Won tells Randall that the campaign is effectively over as he has no path to victory. Randall begins to realize his mistake and spends more time with his family, and Beth decides the family should follow through on a Philadelphia church visit. Randall also must decide what to do with some damaging information Jae-Won has uncovered on Brown that could potentially derail his campaign. Through all of this, Randall reflects upon the time Jack accompanied him to Howard, and what he told Randall he envisioned for his future.

Kevin and Zoe have returned from Vietnam, with the discovery that Nicky did not actually die in the war. Kevin asks Zoe to move in with him, which she does but does not unpack. While researching his uncle, Kevin learns Zoe dumped an ex via email, and begins to fear she will leave him, and they ultimately break up. Late on election night, Zoe discloses how difficult it is for her to leave her comfort zone, and the two get back together. Zoe finally unpacks, and finds a post card Nicky sent Jack in 1992, with a return address; they wonder if Nicky could still live there.

Kate and Toby have decided it's time to redecorate the room they plan to use as a nursery and sell some possessions to make room, but Kate mistakenly sells Toby's original Star Wars action figures that he intended to pass on to his child. They go after the buyer, but their efforts are in vain. Kate buys replacements for Toby online and Toby gives Kate a handmade stadium like the one Jack built for her, which was lost in the fire.

Randall gets a call that he won the election. 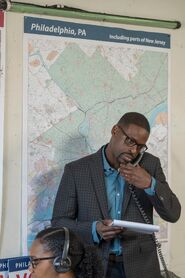 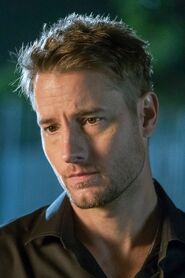 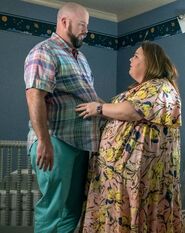