The Graduates is the fourteenth episode of the third season and the 50th overall episode of This Is Us.

Kevin keeps a secret from Zoe. Randall gets unexpected news about Deja. In the past, the Big Three graduate from High School.

It's 1998, and the Big Three are about to graduate from high school, four weeks after Jack's death. Kate is feeling abandoned, something that is only exacerbated by Kevin's decision to move to New York with Sophie to pursue acting. As a result, Kate skips her graduation ceremony, while Randall is his school's valedictorian.

As Rebecca shops for a new video camera, something that was generally in Jack's wheelhouse, she suffers a panic attack over his absence from the milestone. Miguel calms her. Miguel later takes Rebecca, in tears after watching old home movies, to a grief support group meeting. At a graduation party, Kate, Kevin, and Randall agree to stay in each other's lives.

In the present, Deja's teacher informs Randall that Deja, who is repeating seventh grade, is a gifted writer and is ready to move on to high school; Deja, loving the family's stable routine, ultimately decides not to skip eighth grade. Beth loves teaching dance, but Randall asks her to defer teaching to spend more time with their daughters.

Toby holds a graduation ceremony for Kate, who has finished the 8 credits she lacked and is now a graduate from Encino Community College. Kevin leaves the ceremony early to drink alone, lying to his family and Zoe. Kate confronts him and drives him to an AA meeting, but en route her water breaks at 28 weeks. Kate is hospitalized and her labor is medically delayed. Kevin and Randall reassure her that her son will live. 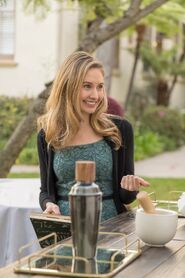 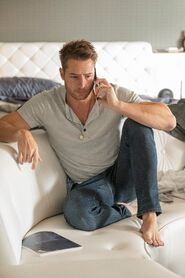