The Cabin is the fourteenth episode of the fourth season and the 68th overall episode of This Is Us.

The Big Three reconnect at the family cabin.

Jack asks the young Big Three to participate in burying a time capsule at the cabin. Randall panics over what to contribute, and Kevin gives him one piece of a family photo jigsaw puzzle to include. Jack sketches a larger house he wants to build on the property.

Marc locks teenage Kate out of the cabin in a snowstorm after verbally and emotionally abusing her. Kept away until the next morning by the storm, Rebecca arrives with Kevin and Randall; they quickly find out that Kate broke back into the cabin through a window. Rebecca banishes Marc from the cabin and from Kate's life.

In the present, the siblings meet at the cabin. Tensions rise when Kate learns Kevin and Madison slept together, and Kevin learns of Rebecca's diagnosis. They dig up the time capsule. Rebecca included Jack's sketch, which she retrieved after Jack discarded it, while Jack included an audio cassette expressing his love for the family. Kevin advises Randall to consider Beth's suggestion that he see a therapist.

In LA, Toby saves Jack from choking and begins sharing the sound design and dialogue of Star Wars with him. 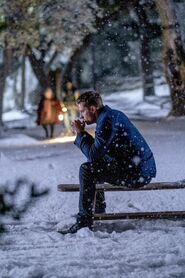 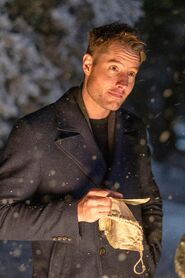