Kevin arrives at the ville his father served; Kate pursues a new opportunity; Randall debates Councilman Solomon Brown; in the past, Jack struggles to get through to his brother.

Jack asks Nick to go with him someplace, but he says no. Nick goes to leave but Jack stops him; Nick pushes him but Jack pushes him back. Nick punches Jack in the face. Jack tells him that he has 48 hours left with Nick and then he's back on his own base. Nick asks where Jack wanted to take him.

In the present, Kevin is upset because he's stuck at a hotel that is 50 miles away from where Jack served. At breakfast, Kevin learns that the roads have been opened and that he can go visit the village tomorrow. Kate and Toby are at the OBGYN's office. The doctor asks Kate if she's still doing the Adele-o-grams. Kate replies that she is, and asks if that's a problem. The doctor says that she doesn't like Kate sitting for so long, but she can't ask her to quit her job.

Randall helps Annie with her spelling for an upcoming spelling bee. Beth comes and asks to talk to Randall. She tells him that he has a debate with Sal Brown and that he hasn't gone over his talking points yet. Randall tells her that she didn't have to leave the campaign. Beth disagrees, but offers to quiz him and is happy to help in an unofficial way. Tess walks by but isn't in a good mood when Randall tries to talk to her. Randall and Beth overhear Deja talking to her mom. Randall says that they should talk to her, but Beth says that he needs to first focus on the debate.

Jack tells Nick that they are to do their tour, stay alive, and then "get the hell out of here", but that they can't do that if Nick doesn't stay focused on the mission, which is to get home. In the present, Kevin and Zoe arrive at the village Jack served in. Their tour guide tells them that a local historian has agreed to speak with them. Kate and Madison go for a walk and talk about Kate's job. Madison says that they need to find her a new job that doesn't have her in the car for hours, tells her that she volunteers at a local high school and believes that she'd be a perfect Choral director.

Jae-Won is talking to Randall about the debate when Beth asks him to take the girls to their seats. Beth takes hold of Randall and tells him that he's going to do great. Rebecca is driving Tess to the debate and Rebecca asks Tess if she's doing okay. Tess looks at her and says that Kate told her about her liking girls, and Rebecca says that she did. Tess asks if she told Randall and Beth and Rebecca says no. Rebecca tries to talk to her about it, but Tess tells her that if she wanted to talk about it she would've told her. Rebecca apologizes but Tess has her headphones in.

Kevin arrives at the village. When he looks around he sees Jack everywhere. Kate goes to her interview for the choral director position. The principal loves her but won't hire her because she doesn't have a college degree. Randall isn't doing very good during the debate and Sal is shutting him down. Kevin and Zoe meet a man from the village. Nick pulls out a bottle of Darvon in the middle of the night. The next morning, Jack finds him on the dock. He asks if he's high and Jack says it doesn't matter, they're going to get him clean again. Nick says he doesn't want to get clean and that he's not going to complete the mission. He asks Jack to not follow him. In the present, Kate tells Toby what happened at the interview. Toby says that maybe she should just take this time to relax. Kate says that she needs to have other things to focus on. Kate asks why Toby doesn't want to know the sex of the baby. Toby says because they like surprises. Kate says they hate surprises and that they are just too terrified to talk about anything baby related. Back at the debate, Randall surprises everyone and starts to stand up for himself against Sal.

Kevin shows the picture of his father to the man. He asks if he recognizes Jack, but the man says no. He asks if he recognizes the woman in the photo and he says no again. The man tells him about his own father and how he used to sneak into the village to visit him and his mom. That he used to lie and say that he was out exploring instead of fighting. He says that their fathers were enemies but they aren't so different. He also says that it may not be the answer Kevin's looking for, but maybe it's the answer to something bigger. Rebecca and Tess hand out flyers and then sit down. Rebecca tells her that keeping things bottled up inside will start effecting her body. She goes on to say that she doesn't have to go talk to her parents but that she doesn't want that to happen to Tess. Toby takes Kate to a local community college and tells her that she should finish school. He says he knows that they're terrified but not buying into this pregnancy isn't going to make it less scary. He tells her that they're going to be parents and that they have six months to get used to it.

Randall is told that the most recent poll shows that Sal is way ahead and that Randall isn't going to win. Back at home, Deja asks Beth and Randall if she can go visit her mom in Delaware. Randall and Beth say it's okay and that they'll look at their calendars to see who can take her. Tess walks into the kitchen and apologizes for the way she's been acting. She says that she doesn't want to keep secrets. Beth says that she can tell them. Tess says that everyone at school is getting boyfriends but that she doesn't want one because she thinks she likes girls. Beth tells Tess that they love her no matter what. Tess says she doesn't want to talk about it right now and leaves. After, Randall and Beth share a glass of wine together. Beth tells Randall that she is no longer on board with him running for councilman because she's stretched too thin at home. Randall tells her that he has to see it through.

Kevin apologizes to Zoe for dragging her to Vietnam for nothing. Zoe says that going to the village has to count for something. Kevin says that he didn't think he'd go home with nothing. Zoe says that maybe it's not the end yet. In the past, Jack can't find Nick. A loud explosion sounds and Jack runs towards it with a gun. Beth has Randall sleep on the sofa.

In the future, Tess and Randall go to visit Beth. Beth says that they're all going to see Randall's mother. Toby and Kate cut a gender reveal cake to find out what the sex of the baby is. The inside is blue and they learn that they are having a boy. Jack gets to the dock and another man tells him he thinks one of their men was on a boat that just exploded. Jack runs out into the water. As Kevin is leaving he learns from his tour guide that his Uncle Nick didn't die in the war and that he could still be alive. 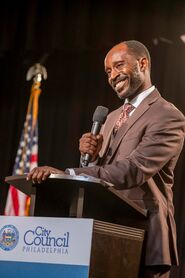 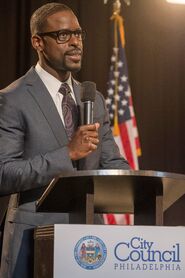 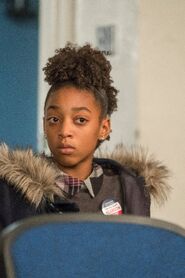 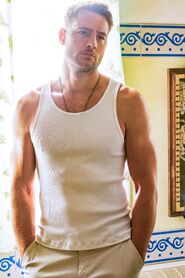 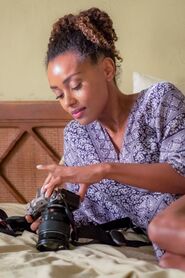 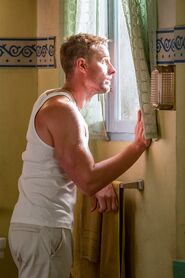