In the past, Jack and Rebecca take the young Big Three to New York City, where Rebecca has fond childhood memories. Jack gets them lost and feels unable to match Dave's leadership, but Rebecca reassures him. After Rebecca fails to reach the Metropolitan Museum of Art before it closes, Jack takes the family for a hansom cab ride.

After Kate and Marc's breakup, Rebecca attends Kevin's acting showcase in the city. Kevin introduces Rebecca to his teacher, Kirby; Rebecca allows Kirby to escort her to the Met, but instead returns alone to her hotel after Kirby ridicules hansom cabs.

In the present, Rebecca walks the red carpet at Kevin's movie premiere. Kevin and Randall argue after Randall presents Rebecca with information about a clinical trial in St. Louis, despite agreeing to Kevin's request that he wait until the next day. They find Rebecca at the Met, examining a painting that, to her fascination in childhood, captivated a woman patron for hours. Rebecca decides not to enter the trial, instead wishing to fill her remaining time with new experiences. Randall blames Kevin for ruining Rebecca's chance at treatment, and admits he has always wondered if he could have saved Jack from the fire. 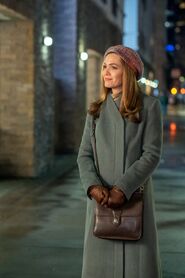 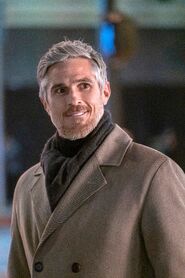 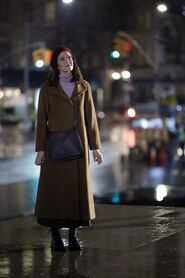