The Pearsons rally around Kate as she undergoes a medical procedure.

Rebecca and Alan meet in shop class. Alan shows up at Rebecca's door. Jack drives up, but sees Alan and Rebecca kissing and goes home where his Dad complains about a sandwich his Mom made him. Jack tells her to leave the sandwich and to go pack her things. Kevin watches as his family watches his movie at the premiere. It's a success; they all clap and call Kevin a movie star. Randall talks to Kate about IVF. He confronts her about what she said about their Dad.

He asks her why is she spending thousands of dollars on IVF when she could adopt a child that needs a home instead. Kate tells him that he has two biological children and doesn't know what it's like to want this as badly as she does because Beth didn't have trouble getting pregnant, and that he doesn't know what it's like to lose a baby. She asks how dare he make her defend wanting this and runs off crying.

Jack's mom doesn't want to show up at her friend's house empty-handed, so she makes Jack stop on the way so she can buy a coffee cake. Rebecca has dinner with Alan's parents, and Alan invites Rebecca to come live with him in New York where they can both pursue their dreams. Kevin picks Zoe up from the airport and invites her to go with him to a movie interview. She accepts. Randall calls Councilman Brown and asks him why he hasn't sent a maintenance crew to the community center.

Councilman Brown says that he's sorry, but he has an order to the way he does things. Beth asks Randall if he has apologized to Kate yet; he says that he texted her. Beth tells him that he has trouble apologizing to his siblings, calls Kate for Randall and makes him apologize. Kate tells him that she can't have this conversation right now because everyone is making her feel like she's going to die tomorrow. She hangs up and Randall decides to fly to Los Angeles for Kate's surgery.

Rebecca tells Alan that she will go with him to New York. Kate is freaking out before her surgery. Kevin and Zoe attend the interview. Terry Gross asks Kevin about Jack's time in the war, but Kevin realizes he doesn't know much about it. Beth gets let go from her job because she isn't valuable to the company right now. Randall arrives too late to see Kate before she goes into surgery. Kate hallucinates when she's put under and sees her teenage self, who tells her that she shouldn't be trying to have a baby. Jack tells both Kates to stop fighting, and adult Kate is surprised to see her Dad. Kevin is upset because he knows so little about his Dad's time in Vietnam. Jack runs into Rebecca while at the grocery store, and she tells him that he never showed up again and Jack says that he did, but saw Alan on her doorstep. Rebecca tells Jack that she's moving to New York to pursue her dream of singing. She asks Jack if he has a dream and he says his dream is a decent job, a wife, and a family.

Beth remembers having a conversation with William. Kevin puts up pictures of his Dad's time in the war. Zoe offers to help him do the research to try to find out more about his Dad. Toby and Randall talk about anxiety, and Toby reveals to Randall that he takes medication for depression. The doctor comes out and tells them that Kate is having a bit of trouble clearing the anesthesia from her body. Randall asks what this means, and the doctor tells him it just means she's taking longer than they'd like to wake up, that it's nothing to worry about yet and she'll let them know when she has more information. Meanwhile, Kate imagines having ice cream with Teen Kate, Young Kate, and Jack.

Teen Kate asks Kate to stay because it's nice here and Jack is here. Kate tells Jack that she has to go, and he says he knows. She turns to Teen Kate and tells her that she knows she's going through a rough spell right now and she won't lie, it's going to last a long time, but she will be okay...and she's going to be a mom. She wakes up, and Toby tells her that Randall is here. Randall apologizes and Kate tells him that he has a lot of Dad in him because he flew across the country to see her and say he's sorry, and that's "like, the most Dad move ever". The doctor comes in and tells them that they were able to get eight eggs. Randall gets a call from Deja and tells her that he'll be on the next flight back home.

Rebecca talks to Alan's mom about Jack and how she has a feeling about him. Randall arrives at the hospital and learns that Sky was jumped. Randall goes home and tells Beth that he plans to run against Councilman Brown, and Beth tells him that she got fired today. Rebecca goes to visit Jack at his mom's friend's house. Jack asks about Alan but Rebecca says that Alan's from a previous life. Jack notices that the kitchen is dirty so he starts to clean, and Rebecca joins in. Rebecca asks Jack if he'd like to go for a drive. He asks where she'd like to go, and she tells him to Los Angeles; he says yes. 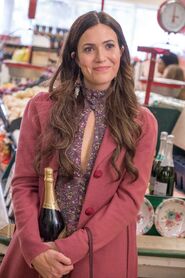 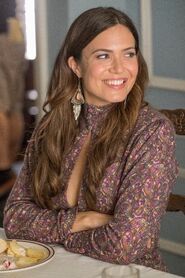 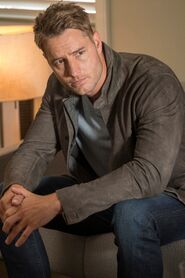 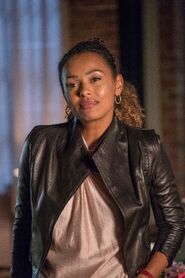